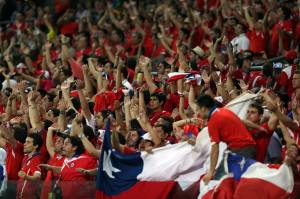 The Copa América tournament started yesterday. It is the oldest continental sports competition and Chile has been its host seven times already. People from all American countries visit the country during the month the event lasts and enjoy this big sports celebration.

Before this cup started, the media wanted to find out what Chilean’s opinion was regarding the event. Fundación Imagen de Chile conducted a survey that had 95% confidence level, and which had four hundred people surveyed. The poll results were most Chileans think the fact the tournament takes place in the country is “very attractive” and “exciting”, and they will actively participate in it. In addition, most respondents think Copa América is a good marketing tool to promote tourism, because it allows to show an appropriate organization.   The tournament also helps promoting tourism in host cities and the country overall.